For the Modi Government, time is slowly running out. Reforms haven’t gathered pace, pending legislations are piling and slowly, doubts are creeping in. Can Modi deliver the utopian paradise he made a billion Indians dream about in the summer of 2014? The upcoming Monsoon Session is critical. Over the three week session starting on July 21, the NDA Government is hopeful of passing many key legislations, which are key to the economy Modi envisages for India. The further these bills are delayed, the longer the economy will drag till it can be restored to its feet. But the opposition is anything but relentless. After a long time, they have managed to put Modi on the back foot. This Monsoon Session is critical to the opposition’s campaign against Modi, especially with an upcoming Bihar Elections. The Modi ‘Storm’ has finally come to an end, and they wouldn’t want to waste a single moment to corner Modi and use this as a key component of their Bihar campaign strategy.

Unfortunately, the BJP has no one to blame but itself. Developed by Sushma Swaraj as leader of the opposition in the Lok Sabha just a few years ago, the strategy of stonewalling Parliament and blocking key legislations was consistent with BJP’s Parliamentary strategy in the run up to the 2014 Elections. BJP obstructed as many as 5 Parliament sessions since 2010, calling for resignations of everyone in the government, and of some even outside it. Now, as anyone would tell you, Karma is striking. Unfortunately, this comes at a very crucial time for Modi. In the mist, there lies a very crucial election- The Bihar Elections. Bihar, one of India’s biggest States, is going to the ballot later this year, and is a pivotal State in the BJP’s strategy to capture a majority in the upper House of the Indian Parliament, the Rajya Sabha. Modi will have a lot to prove in the Bihar Elections. Though many projects and poll promises made by the BJP have turned into concrete proposals and schemes, much of it is yet to be fully implemented. This Monsoon Session is Modi’s only chance to convert his pet projects into constitutionally backed schemes and initiatives.

After two stormy sessions, three ordinances and months of negotiations, there seems to be little movement in regards to the Land Bill. The Industry is batting for the Bill to be passed in this Monsoon Session. If India is to improve its position on the global ease of doing business ranking, making land acquisition quicker and easier is a major reform that needs to be undertaken. The wait for easier Land Acquisition has been extended… yet again

However, reforming is not easy. Especially when it is an issue concerning agrarian land in a country like India where the farmer’s land is heavenly. With consensus slowly deluding, and voices within the ruling NDA also beginning to question the reform legislation, many in the media are speculating that this issue may be put to rest this Monsoon Session and the government may brace for the upcoming opposition storm, triggered by the Lalit Modi controversy and the massive Vyapam Scam. Along with that, a recent meeting of the Niti Aayog on the issue of the Land Acquisition Bill, wherein 12 CMs openly boycotted the meeting (more to do with Congress’ petty political games), and 2 voiced their dissent in the meeting, is further making the legislation a very tough bid. This issue is most likely to be left out for a later time when the NDA Government is better suited to take it head on with the Congress. Alas, politics has stood strong once again, and the nation must wait till the storm passes.

Why Does Everything Have to be a Struggle? Can’t some people just say Yes for Once?

One of Modi’s prime election promises, the hype around black money is finally forcing the executive to take big decisions. To show its commitment to the issue, the Modi Government constituted a SIT on the very first day in office. But since then, the action has been rather slow. The names released are of those who lie very low in the food chain, and the big kingpins still remain untethered by the government’s actions. If the government is to show any seriousness on this issue to its electorate, ensuring the passage of the Benami Transactions Prohibition Bill in this Monsoon Session is a must. Its A Battle For Brownie Points Now

Through this Bill, the Government is aiming to start a full frontal war against Benami transactions, or black market transactions as we call them. By establishing special fast track courts, setting harsher punishments with the harshest being rigorous imprisonment of upto 7 years, the government is hitting the nail right in the head. However, the approval of the Parliament is a must even for this legislation. Though black money is a consensus issue, wherein all sides have to support the Bill and any dissent will lead to open questioning among the media and the public, the opposition will be determined to delay this crucial reform this Monsoon Session. More often, it is the opposition’s dirty tricks rather than the government’s slog pace which slows down reform in India. Though crucial, the opposition will play all the cards in its pocket to ensure that the House never passes this Bill, at least not in this session. Especially when a crucial election like Bihar approaches, which could be the final nail in the coffin for an opposition which is now trying last resort measures to stop the ‘Modi‘-fication of Indian. 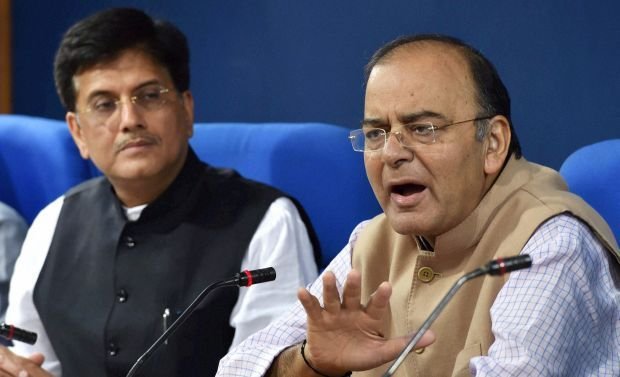 Can NDA’s floor managers play their cards and ensure the passage of bills?

Apart from these two crucial issues which were at the crux of the BJP Manifesto and election campaign last year, the Government also looks forward to passing 32 bills in the 23 days of this Monsoon Session. From environmental issues to immunisation and health care, the government has a lot listed for this relatively short Monsoon session of just 23 days. With an opposition which has been waiting since almost a year for the perfect opportunity to swoop on the government like a tiger at its prey, and probably the most important elections approaching since the General Elections last year – the crucial Bihar polls- the session is going to be a cacophonic, acrimonious affair. But Modi must know that this is the area he must work the hardest on. Floor Management is crucial to execute the dreams Modi envisages for India. Even Achilles was only as strong as his heel.