The message was clear right from the first line of the Budget Speech, the economy needed some serious revival. One may say that it was a very long and safe budget presented by the union finance minister Arun Jaitley in the Parliament today. However, Mr. Jaitley kept the dream of good days alive with his innovative thinking in some areas and safe and basic economic principles in the other sectors.

The budget was structured keeping in mind the basic necessities and aspirations of the common Indian middle class man, and also the concerns of the growing Indian Industry and Economy.

While goods like matchboxes, soaps, footwear,  water purifiers, desktop monitors, laptops, mobile phones, e-book readers, LEDs, LCD TVs (especially below 19 inch), Life micro-insurance policies, DDT insecticide and HIV/AIDS drugs and diagnostic kits are going to get cheaper, luxurious items are going to see a price rise. The most key takeaway from this section of the Budget was the drastic increase in the tax on cigarettes from a mere 11% to 72%. 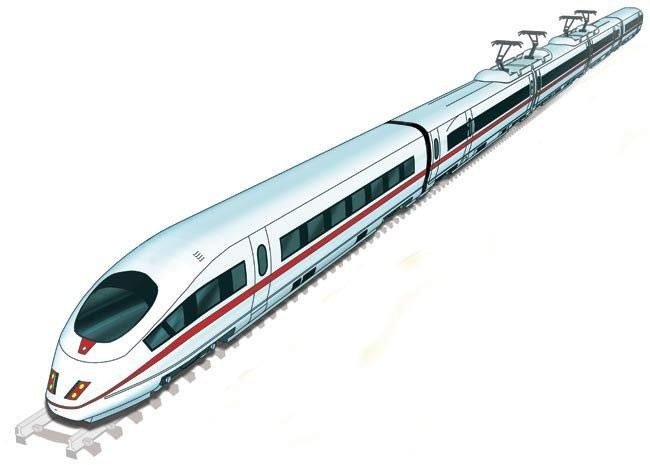 Budget 2014: Is it the Bullet Train to Acchhe Din?

Education is one of the most important things in a country, especially when more than 50% of the country’s population are below the age of 25. One of the most important focus’ of this budget was the Education Sector. Almost half of the children of the country don’t get to go to pre primary schools as the enrolment ratio for both males and females hover around a measly 53% and the need for educational reforms in this scenario can hardly be over-emphasized. The allocation of 28635 crores for Sarv Shiksha Abhiyan(SSA) and 4966 crore for Rashtriya Madhyamic Shiksha Abhiyan (RMSA) is a step in the right direction. Also, 5 new IITs and IIMs were announced, to beef up the quality of higher education in the country. As a result, the total count of these most prestigious educational institutions will rise to 21 (IITs) and 18 (IIMs). Apart from increasing the count of IITs and IIMs, the government also announced National Importance Status to Film and Television Institute of India (FTII) and Satyajit Ray Film & Television Institute(SRFTI); and a national sports institution for Manipur. An Institute specialising in Himalayan Studies will also be set up in Uttarakhand, the first of its kind in India.

The strength of any economy is determined by the number of entrepreneurs and their capabilities. For the first time, a budget has shifted focus from pro poor to pro growth. Mr. Jaitley demonstrated his own risk taking abilities when he threw open his pockets for the entrepreneurial development of the country. A mega fund with a corpus of 10,000 crores for providing equity through venture capital funds, quasi equity, soft loans and other risk capital specially to encourage new start-ups by youth will prove to be a game changer for the Indian start-up scene which had been long ignored for a long time now. Hopefully, the next Google or Facebook or WhatsApp will be from an Indian Entrepreneur.

Gender Sensitization in India is a crucial need. With the number of crimes against women drastically increasing year on year, just seperate funds will not solve the issue. Steps like increase in woman constables, one stop crisis centers and curriculum changes, which were announced by the government through the Budget, are a step in the right direction. If implemented properly, they will gvie India a head start in achieving fewer crime rates and make women feel much safer.  A sum of 100 crores will also be provided for “Beti Bachao, Beti Padhao Yojana”, a focused scheme to generate awareness and help in improving the efficiency of delivery of welfare services meant for women.

India is the world’s biggest importer of arms and ammunition in the world, accounting for a whopping 16% of the total world imports. It is time India shifts from arms dependency to self sufficiency. This will save India of a lot of foreign reserves and also boost India’s economy and military capabilities. The foreign direct investment cap has been raised to 49% from the previous 26% so that the country can benefit from the global interests and at the same time, innovate with new technologies which are not only cutting edge but critical to our security. However, for the interest of the country, I would request the Finance Minister to increase this to 51% as soon as possible which will make India a more attractive destination for global arms manufacturing companies. The defense spending has also been boosted by 14% in this budget over past year and the total is set at 2.29 trillion Indian rupees.

Apart from the big boom initiatives like FDI hike in Defense and entrepreneur programmes, there were many smaller programmes which will put the economy and the country on the right direction. While use of Braille on the currency notes to aid visually impaired people is one of a kind move that nobody thought of, solar power run agricultural pumps are another one of his best offerings to the country which will help save money and energy. Many 100 crore schemes targeting Agriculture and Industry have ensured a start up towards better schemes in the future. Even Subsidies will now be targeted so as to ensure they reach only the people who need them.Linking the flagship UPA Scheme, NREGA to Asset creation activities, especially in agriculture is another big step. We are now assured that money is going in the right direction.

Newer initiatives by the government stand out in a stark contrast from the highly uncreative strategies that were being doled out to us in the name of financial plans in the UPA budgets. These schemes are targeted, implementable and cost efficient. The budget of 2014-2015 can be rightly called a fix to problems more than an innovation exercise as government has stuck to basics as it attempts to curb inflation and keep unchecked privatisation in control.

If the government follows these schemes and sticks to its promises, the country is surely on a Bullet Train to the Acche Din Promised by the BJP led by Mr. Narendra Modi, Honourable Prime Minister.

Thank you for reading. Kindly also take our poll below and rate this Budget.