More than two weeks into the unrest in Kashmir, 47 are dead, more than 3400 injured and Prime Minister Modi won’t shy away from playing drums and making big addresses in Mozambique, but in the place which really matters now, Kashmir, the Prime Minister has yet again stunned everyone with his silence, which is slowly starting to grow into a pattern. What Modi must understand is that sometimes, silence isn’t an option.

It doesn’t have to be this way. In fact, it shouldn’t. In crisis, there is opportunity. No country would know this better than India. Revolutionary reform has almost always been a successor to crisis in this country. Furthermore, no politician knows this better than Modi. A newly-appointed chief minister in 2001, Modi used the Bhuj earthquake to rebuild Gujarat and build his own image as that of a leader who could deliver. It was following this success, that Modi was able to consolidate and establish himself as the stalwart of Gujarat, which gave him credence and ensured his ascent to the post of Prime Minister. 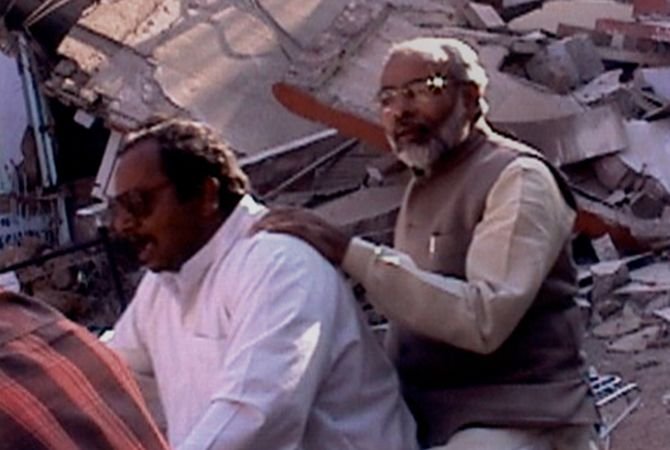 Modi has always claimed to be a strong willed visionary. He has concrete plans for India’s economic surge up till 2022. Nothing he does, he makes sure to tell us, has ever been done before. So, if that is how he looks at the Kashmir crisis, then he may have a golden opportunity at hand to end the state’s vicious cycle of violence and chaos and forever inscribe his name in independent India’s history.

With a Lok Sabha majority, Modi’s better placed to do that than any other prime minister since 1989—which is when, incidentally, the armed rebellion in Kashmir began.

A Herculean Responsibility, Not Many Takers

Kashmir is an overwhelming task for anyone in power in Delhi. Barring the problems of the special status and the absence of national parties in the State, the frequent uprisings make Kashmir a quandary. The resultant killings, protests, and curfews are now routine. India’s response, too, follows a standard template right out of the book. Meanwhile, old op-ed pieces and social media hashtags get recycled. Anger boils, the disconnect widens. Protests and Stone Pelting: A Common sight in the Valley (Courtesy: Indian Express)

With the exception of Atal Behari Vajpayee, Delhi’s political elite have mostly believed in leaving Kashmir to be handled by the security establishment. The uprisings of 2008 and 2010 demonstrated how New Delhi views the issue through a security prism. Delhi doesn’t view Kashmir as a political challenge, but as one of a law and order issue. For Delhi, there is no Kashmir beyond AFSPA and separatism.

The trouble with this approach is that while you put down one rebellion, you also end up planting the seeds of the next.

In 2010, more than 112 persons were killed, most of them stone-pelters in their late teens and early 20s. It began with the killing of an innocent boy. Seeing interviews of Kashmiri teens then exposes a very dangerous trend. They pointed to the 2008 uprising, which, they said, shattered their innocence. They asked their parents and grandparents, and read up books and mined the internet to understand Kashmir’s history.

Thus internalising this history of conflict, they considered it their duty to join it. By repressing the young rebels, New Delhi only radicalised yet another generation. Juvenile stone-pelters had turned into militants. They were motivated not by religious or political reasons, but because they were victims of militaristic excesses. 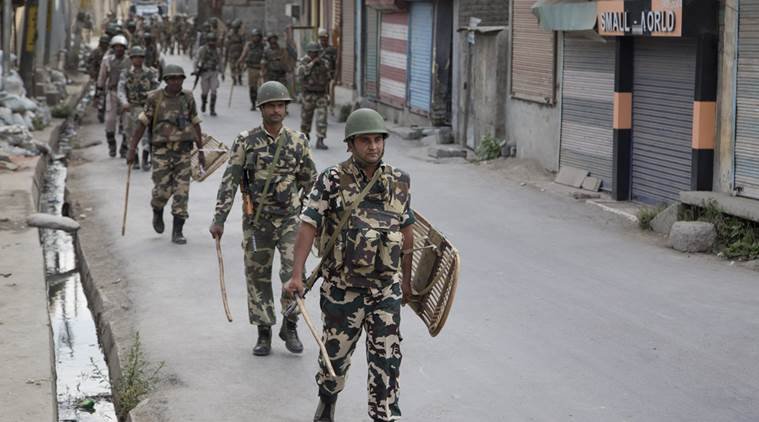 Burhan Wani was only 16 in 2010. His radicalisation also followed a similar pattern. A lack of freedom saw him emerge as one of the leading youth figures of the separatist movement. Neutralising him was definitely important for the security establishment because his persona and his videos were inspiring many a Kashmiri youth to take up arms and add to the anarchy. Authorities, perhaps, did not expect the scale of popular anguish at his killing.

The time was just right: the generation broken in 2010 has now moved on, but a new one is striking back.

Sixteen-year-olds are today at home in Kashmir, utilising the curfew to ask their elders about the history of Kashmir, hearing about rapes and massacres, martyrdom, and the right to self-determination. In a State where not much effort has been made to connect with the people, negative propaganda is not very hard to spread. A government suppressing communications and basic essential freedoms is only adding fuel to the fire. The first step towards solving a problem is to acknowledge that there is one.

No less than former Research and Analysis Wing (RAW) chief A S Dulat has called for political intervention to break this cycle of violence in Kashmir. Dulat looked after the restive state during critical years, first as part of the Intelligence Bureau and then as the Chief of the RAW and the Kashmir policy executor for Mr. Vajpayee. He prescribes only one mantra for Kashmir: dialogue.

What New Delhi must understand is that Kashmir is a political problem that needs a political solution. But New Delhi, under Modi—as much as under Manmohan Singh—seems to treat it only as a security issue. 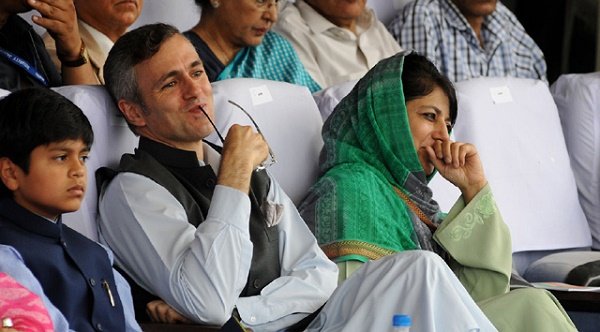 India must engage with the politicians in J & K. (Source: Caravan Daily)

Every so often, India does make the right noises about starting what is now infamously called the ‘composite dialogue’, appointing interlocutors, and committees. However, rarely does anything come out of these initiatives. These initiatives are started in desperation and are quickly forgotten once “normalcy” returns on the streets. New Delhi, thus, only proves right the Kashmiris’ allegation that it is not sincere about finding a solution. If Delhi is serious about Kashmir, it must put more blood, sweat and effort into the dialogue, giving it much more than just a few months to materialise. A discord of more than 60 years cannot and will not be solved overnight. With a problem as complex and wih so many stakeholders as Kashmir, the government must pick up the dialogue on a war footing to put the issue to bed and bring the long warranted peace that a Valley so beautiful and gifted deserves.

If the government is ready to talk to rebels in the northeast, why shun those in Kashmir? It is open to talks with Maoists if they put down arms, but it has had a rigid approach even when militancy was on a decline in Kashmir. India insists Hurriyat leaders are nobodies; why, then, does it have a problem in Pakistani diplomats consulting them? If the only issue is retrieving Pakistan-occupied Kashmir, what is India doing to make it happen? Respecting democracy in the Valley is a quintessential starting point to unifying and integrating Jammu and Kashmir into India.

No matter how you look at it, India’s answer to Kashmir is maintaining the status quo. Smug in its confidence that security forces can handle any situation, New Delhi doesn’t see the brewing storm.

When thousands of people—those that India calls Indians—shout slogans of azadi (freedom) while mourning a militant, there is indeed a problem. And the problem isn’t Pakistan. It’s a local rebellion, involving those whose teenaged children are willing to give up lives. Identifying this fundamental disconnect is the starting point to solving it. 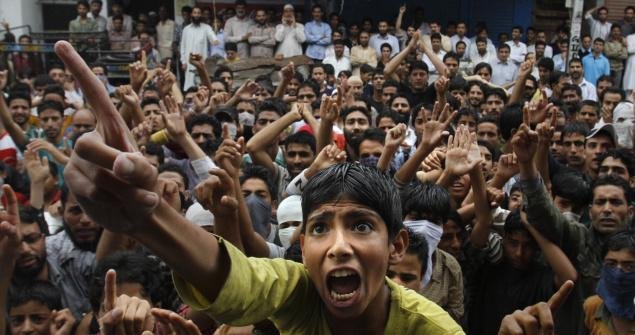 Kashmiris want Aazadi from this conflict, but not from India. (Source: The Hindu)

The scale of the anti-India sentiment in Kashmir valley overwhelms New Delhi. But if you listen closely, Kashmiris are, in fact, seeking an end to this conflict, not an end to their association with India. They are seeking closure. A bold and brave political establishment needs to talk to everybody, including Hurriyat and Pakistan. It must send out a signal of its sincerity.

Areas that don’t see militant activity don’t need the AFSPA, for instance. By punishing a stone-pelter with denial of passport and government job, you are only pushing him deeper down the path of rebellion and furthering the discord. With disinformation campaigns and psychological warfare, you may be able to manage a security situation, but you are further vitiating the environment of distrust.

If Narendra Modi must don his politician’s hat while looking at Kashmir, now is the time.