India- The One Sport Nation

India is a diverse country. Stretching from Kashmir in the North to Kanyakumari 3000 kilometers down south, and from Kibithu in the eastern extreme corners of India to Kutch 2933 kilometers west. More than 780 languages are spoken and 7 religions are practiced. However, India is home to only one sport- Cricket. Yes, it is so. 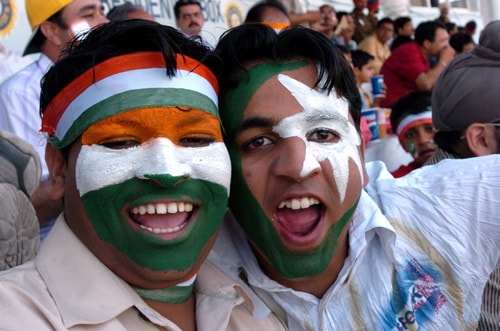 Nothing reflects our unity in diversity than our national obsession with cricket. After every cricket match, the talk of the town is how Bhajji hit 2 sixes and Yuvraj hit 12 and Dhoni ultimately finished the match and how Sachin didn’t play well and on and on. But, does any one talk about how the Indian shooters make us proud by winning accolades at the Olympics, or how the Junior Indian Women’s team did us proud this September by winning a bronze at the FIH Junior World Cup in Germany? Or how Indian Kabbadi and Wrestlers do us proud by winning national accolades.

The problem lies in the lack of glamour, gupshup and money involved. The Indian Cricket Team (which by the way isn’t even under the Government of India but is under a private organization- The Board of Control for Cricket in India) is awarded 2-3 crores each player after they win the World Cup. And the Hockey stars ,who win golds and bronzes not only among 20-30 odd nations but among 200 odd nations who play the Olympics, get just a mere sum of Rs. 2 Lakh or so. Come on, even the compensation awarded to victims of natural disasters is more than that sum. And then we will say how India is one of the best sporting nations in the world and how it is progressing. Let us, then, accept the truth. We are a one-sport nation. And even a toddler would tell you what that sport is.

And when the Olympics come around, we are saddened, angry and aghast that we are not able to revel in reflected glory. We are ashamed that countries with one millionth of our population pick up gold medals one million times more than us. These guys have done us in, we say. We believed so much in them and they have let us down. But the truth is, it is we who let them down. For, we don’t care about them for three years and eleven-and-a-half months. We don’t care about their impecunious circumstances, their heroic struggles, their fight against-the-odds and battles with cynical, self-serving sports administrators heading often corrupt sports bodies. Instead, we spend sleepless nights over whether Chennai Super Kings would make it to the final of the IPL or whether a mediocre also-ran cricketer really did take recreational drugs at some rave party in Mumbai; or whether Yuvraj Singh is dating the latest Miss India or some other starlet whose only claim to fame is that she was seen with a cricketing superstar on a night out. And the media, oh my media, they will get up 20 days before the Olympics saying that the players dont have enough practice materials?

We need to follow their careers, cheer them from grassroots up, care about how they are treated by the administrators, worry about how they are ignored by the big corporate giants who would readily part with $10m for a 15-second TV ad campaign featuring a Sachin Tendulkar or a Gautam Gambhir. But we don’t.

We simply don’t give a damn most of the time and then bemoan their lack of success at the Olympics once every four years. Believe me, it is not easy being an Indian and trying to achieve world-class feats in most sports, barring cricket, with its superb infrastructure public and corporate support and unmatched financial clout. This is not to belittle what the Gavaskars, Kapils and the Tendulkars have achieved. But, tell me this: why is nobody canvassing for a seat in the upper house for Anand, why isn’t anyone talking about a Bharat Ratna for the genius of the 64-square game? Do we even know that INDIA’S GREATEST HOCKEY PLAYER EVER and one of the world’s best, Dhyan Chand struggled in the last days of his life and wasn’t even allowed in stadiums as he was not recognized? Is that how our national sport’s greatest player is to be treated? Had he been an opening batsman, he may have been the owner of 3 big residences in Juhu, 10 luxury cars and the brand ambassador of 20 brands. What was his fault? He chose to play hockey over cricket.

The world chess champion is an Indian — chess, my friend, chess, where the grey matter matters more than in any other game — and that should make us prouder than any other achievement by any Indian sportsman or team.

Let’s look forward to another wild parade through the streets of Mumbai with the boys peacocking from an open-top bus. Let’s unabashedly hail their heroics, throw fresh flowers and encomiums at them even as my fellow professionals try to pull out every adjective in their vocabulary to celebrate the great achievement.

Meanwhile, Mary Kom would probably be running from pillar to post to find a cooking gas cylinder in Manipur, Yogeshwar Dutt would be walking to the nearest tea stall in his hometown, unmolested, his stellar achievement long forgotten.

The peerless Viswanathan Anand’s fifth world chess title would be a distant memory and he would be preparing for yet another tournament that nobody cares about even as Jeev Milka Singh tees off somewhere that nobody has heard of. Birdie and eagles…well, we haven’t been to a bird sanctuary in a while; should make it a point to visit one.

That’s who we are. That is what we are. That is India. Say all you want about how mediocre Indian sportspersons — cricket is advisedly left out of the description of sport because it is no longer a sport and hasn’t been in quite a while as it is on a par with things religious — are but we simply do no care for them for the most part.

Thank you for reading