AAP – The Revolution We Need?

For anything to be adopted quickly, it needs to be ‘out of the box’, not just ‘improved things’, but a killer out of the box idea which will change everything forever. The touch screen idea gave the iPhone the reputation it still enjoys, keeping up with your friends not just with messaging but with photos and videos and many other things made people flock to Facebook and the idea of Microsoft Office drove many people to buying the Windows. These things were not just improvements but revolutions in their fields.

Politics is more or less based on the same principles. Though the established players always have a massive advantage with their entrenched presence, existing power and familiarity amongst the voters. Still, every now and then, a new political force rises and takes the electorate by storm.

In India, we have seen it happen several times in the past. The Shiv Sena and VP Singh’s Jan Morcha come to mind from the past. Fresh examples include the Janta Dal (United) in Bihar, MNS in Maharashtra and TMC in Bengal. Usually, the killer app in these cases has been the strong focus on local issues —whether regional identity, or existing maladministration and misgovernance. Somewhere, these new forces connected with the local voters, and were rewarded for it.

The billion-dollar question is, can Arvind Kejriwal’s Aam Aadmi Party (AAP) do the same? Can a powerful anti-corruption movement convert itself into a successful political force? What are its strengths and biggest challenges? Should Indians support it? Most importantly, does it have the killer app to make people switch? 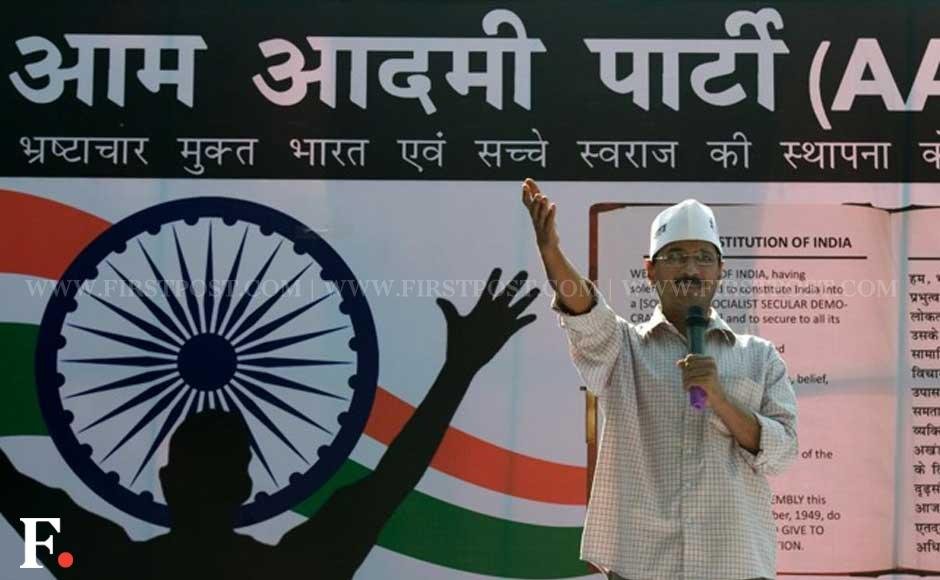 The Founding of Aam Admi Party The founder of AAP-Arvind Kejriwal

The final verdict on AAP will come from you, the reader. However , here are some of its strengths and weaknesses.

The main strength of AAP is its clean and brave image, which is quite good considering politics in India where 20-30% of the MP’s are convicted criminals. Even AAP’s critics admit Kejriwal is honest and extraordinarily brave in Indian circumstances . Through the various exposes, and constant anti-corruption crusades, many believe AAP is notches above the existing political parties in terms of integrity, at least for now. This strength can be used to tap voters. Also, it can help find good candidates and scout for a pool of dedicated volunteers to build the organization. Other strengths include smart people at the top, good relationships with the media and its independent identity even after de-linking with Anna Hazare, who started the hugely popular, Jan Lokpal movement in India.

There are three main weaknesses though. The constant attacks on existing politicians, including a penchant for sensationalism and lack of political correctness, is one. An emotion-filled activist may pass judgments with limited facts. As a politician , extreme care is required on what is spoken. While it is nice to speak from the heart, loose talk leads to instant loss of credibility in politics. After all, it is your speeches and remarks that draw the masses towards you.

Two, there seems to be limited understanding of the new globalized world economics. Their ideology risks leaning towards a xenophobic, anti growth , anti-progress leftist narrative in which all foreigners, large companies and rich people are bad and corrupt; while all small businesses and poor people are good. This works well for generating applause in speeches, but not so much for the nation’s economy. We have to work hard for decades to generate wealth, and structure an economy that allows us to do so. Well-regulated capitalism , open economies and free markets have created wealth across the globe. We should allow the same to happen in India. India, today, is much better to the India before 1991 when we had a closed economy and nearly ran out of reserves to import goods even for seven days.

The third weakness is obvious. AAP has limited resources to build a substantial party organization and structure. Other parties often incentivise their workers with access to power. AAP is fundamentally against this approach. Will the chance to work for an honest organization be good enough for workers to come on board? Only time will tell.

AAP’s next challenge, rightly so, is the Delhi assembly elections in November 2013. Delhi has a high middle-class population where brand Kejriwal is most recognized. If AAP can field some well-regarded candidates, and make a couple of them win, it will have an impact. It will make a lot of good people discover that they too can enter politics and be successful. Voters will also realize that there is a good path to choosing good leaders. While AAP may expect more, even five out of 70 assembly seats in Delhi will make a dent, though the exit polls are predicting that the AAP may win up to 15-20 seats which is outstanding for a political party so new in politics. . ‘AAP: where good people join politics, and can win,’ will be the killer app that no other party can claim to have.

Thus, AAP needs political skill to find and convince good candidates to contest the elections. That isn’t easy. Also, other political parties may lure high-performing AAP members by hook or by crook, as it has always happened in India. AAP has to figure out a way to retain them.

In tech, or in politics, there always are and will be the few existing giants. But just like tech, even in politics, there should always be space and respect for start-ups. Maybe AAP will come up to become the next Samsung another 5-10 years down the line.

Thank you for reading. Please post your feedback below. Also please like our Social Page : Being Political – The Blog on  http://www.facebook.com/beingpoliticalblog