What can be more noble and satisfying than leading your nation on the path of progress? There is no reason why politics should not attract the best minds in the country. To be a politician, one needs a vision, intelligence and knowledge of political processes, combined with a hands-on approach to grassroots problems.  Politics can teach you as much as, or probably much more than lectures in a closed hall can and can be as attractive a career option as any other. 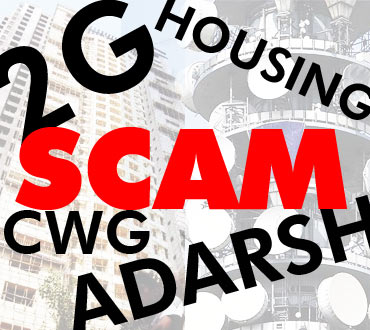 However, sadly, politics today has earned its reputation for being a ‘dirty field’.  The newspapers are flooded with details of scams such as Coalgate, 2G and CWG to name a few.  In this paradoxical situation where lawmakers have consistently become law-breakers, is it any surprise then that the vicious circle completes itself and that it is only the law breakers who qualify to become the law makers of the country?

In our society, parents have traditionally given primacy to the conventional and lucrative career options (engineers, doctors or investment bankers). In a scenario where people have lost faith in their leaders, the government and in politics in general, why then would an educated thinking parent encourage his or her child to venture into the jungle of politics? Infact, the parents would discourage their child from joining politics, and ask him to become an engineer instead. The widely held view is that politics is not even in the league of alternate career options for bright children whose potential can be leveraged in better ways; politics is for corrupt and immoral bigots, a ‘dhanda’ of ‘chors’ and ‘goondas’, for those who have nothing else in life to do and are uneducated and selfish.

Until about two decades ago, perceptions about entrepreneurship were equally disparaging. The common view was that entrepreneurs can succeed only if they are corrupt and have a powerful `godfather’ to back them up. With the opening up of the Indian economy and rapid globalisation, these perceptions have changed.  The youth is choosing to give up high paying jobs and follow their passion. The success stories scripted by some of these bright young entrepreneurs have become legends today: Narayana Murthy, Dhirubhai Ambani and Sabeer Bhatia being some of them.  And hopefully, one will see a similar sort of revolution in politics.

With its huge demographic dividend, India is probably the youngest democracy today.  In 2000, about 350 million Indians were in the age group 15-34 years and this number is set to increase to 485 million by 2030, say reports.  By 2020, the average Indian will be 29 years, as compared to 37 years in China, 45 in Europe and 49 in Japan. On the other hand, the average age of an MP is currently 63 years.  In a 543-member strong parliament, there are only 66 MPs below 40 years and just 30 MPs below 35 years. The 20 year old Indian is being represented by a generation old leader. Representative democracy?  I really don’t think so.

Clearly, the youth plays a vital role as stakeholders of what is probably the world’s youngest democracy.  It is only logical then that we need a larger number of youth in political forums to represent the aspirations of this vast section of society, which will probably be a bigger vote bank than caste based and religion based vote-banks.  While we need the experience and wisdom of seasoned politicians who are now in their twilight years, the exuberance of the youth, their lateral thinking to get things done will offer a whole new perspective to the many problems that the country faces today. And, they are the best people to judge what the average Indian wants. But unfortunately, there are only two types of youth that participate in politics today, what I like to call the princelings and the thuglings.

The princelings are those who make a career in politics because their fathers, grandfathers or uncles did so.  65 per cent of the MPs below 35 years and all of the MPs below 30 years in India fall in this category.  These walk into politics on the legacy of their previous generation(s), they need no qualifications or track record to prove themselves. They enjoy their political relevancy because of their surname and not what they have actually done for the nation. They are the `blue-eyed protégés’ of Indian politics:  Rahul Gandhi, Varun Gandhi, Sachin Pilot, Omar Abdullah and Jyotiraditya Madhavrao Scindia to name a few.

The thuglings on the other hand rule the roost in student unions and youth wings, shouting slogans, vandalizing places and resorting to violence at the slightest opportunity.  They are aggressive, brazen and loud. If they are backed by an influential godfather, they may witness a meteoric rise in their careers, else they remain confined to the lower rungs of the party they are affiliated to.  For most of them, any ambitions of reaching the position of a Gandhi or a Yadav will die a rather slow and painful death. They just cannot find a middle way. It’s either their way, or the highway. It would be a pity to include them in the ‘youth’.

The Indian youth is aware of the problems that our country faces today; their fiery passion was visible when millions got together in New Delhi to support Anna Hazare in his crusade against corruption and later to protest against the December 2012 gang-rape. Irom Sharmila and Chhawi Rajwat stand as an inspiration for the youth in areas such as Manipur and Rajasthan. Anna Hazare, Narendra Modi and Arvind Kejriwal are the national heroes.

Despite this willingness to engage, politics is not a desirable career option for most young people, and will not be for a long time.  So what is the solution?  Well, unless the youth jump into the dirt of Indian politics and manage to stay clean, how is the system ever going to change?  We need to develop a critical mass of young, honest and successful politicians so that they can become a motivational role model for others to follow.

Demonstrations, protests, street plays and candle-light marches can raise awareness and focus attention on burning issues but ultimately, the power to bring change rests with those who sit in Parliament.  Somebody has to take the first step; these path-breakers or early leaders have to be the lotus of Indian politics: they must remain shining despite the murky whirlpool around them.  Only then can we expect to see a change in Indian politics.

The question remains: who will take the first plunge, and more importantly, when?