Child Prodigy… But no Child Criminal?

India is indeed a diverse country. On September 5, 2013, an Indian girl, or rather an Indian child prodigy, Sushma Verma of Lucknow was offered an integrated Master’s and PhD programme at B S Abdur Rahman University (BSAU) in Vandalur.  She was admitted to school rather late — when she was five-and-a-half years old. But she directly went into class 9, for the first time in the country’s education system. Two years later, she entered the Limca Book of Records for becoming the youngest matriculate in the country. The girl, has completed a bachelor’s degree in science.

On the other hand, we have a 17 and a half year old ‘teen’ (his name is undisclosed due to Indian laws) who committed the most ghastly crime possible got away with 27 months in a reformatory home (as 9 months of the 3 year term have already been served by this teen). This teen was the most gruesome of the 6 accused in the Nirbhaya Case and though he turned 18 during the trial, he was still tried as a 17 year old as the crime was committed when he was 17.

No Crime if not an Adult?

The whole thinking behind this Indian Juvenile law is :

1) Till the age of 7, a child does not have the power to think about the impact of his crime and though, even if he commits the most unacceptable crime, it will be considered unintentional and he will be let free.

2) From the age of 7-18, a juvenile develops a certain amount of reasoning, but yet is not ‘fully responsible’ for his actions and the maximum sentence that can be given to him is 3 years in a reformatory home.

So basically in our country, two children can be treated separately based on the deed performed by them – an achievement or a crime. Can a 17 year old be let off with the most ghastly crime on the argument that he is a 17 year old? Do we need to reform our juvenile laws?

The answer is an affirmative. If a 17 year old has the wit and wisdom to commit a crime and destroy the evidence of the crime, he is obviously smart enough to be tried as an adult and to be given the punishment any adult would deserve in the case. And not only is this my opinon, but the opinion of the majority of India as the protests, demonstrations and media interviews are showing. But will just a change in the laws help? WIll just the change in law act as a deterrent? And how will we identify which case should be treated in which manner, in case it involves a juvenile who has committed a crime. 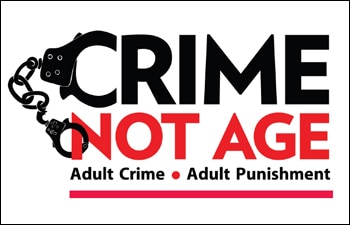 Crime has no age

I feel we must go beyond ‘just the law’. In India, a person’s life revolves around more than just the government and the law. There is religion, education and politics. The person is influenced by his religious leaders, his upbringing and by his local leaders (MLA’s,MP’s,etc). To prevent such crimes we must reform all these spheres touching a common man’s life:

1) If a religious leader commits a crime, let him be immediately arrested and let his followers be given an example that such kind of a crime wont be acceptable and everyone is equal in front of the law. Recently, an FIR was filed against a religious leader in India and ONLY after mass public outrage and media coverage was the self styled godman arrested and remanded to judicial custody. If our law enforcing agencies cannot enforce the law, then the country can go nowhere.

2) The education should be aimed not only at the brain but also at the heart. Let the education teach the child how to be a good human being, not just a parrot or a clever individual. Feed moral values and make the individual a kind man, not just a smart individual who can rote learn and progress ahead. The education is ultimately needed to make a ‘human creature’ into a civilized being and the first step in being ‘civilized’ is being good to others and not committing sins.

3) This is the most important one and has currently been on the debates of leading news channels for quite some time now – convicted lawmakers need to be in jail, not in the parliament. The Indian Law allows a convicted lawmaker, who has appealed to a higher court or has appealed for a review petition, to sit in parliament and legislate. Owing to the judicial process in India, the lawmakers continue as parliamentarians for a good 10-15 years even after being convicted. If our lawmakers are criminals, how can we expect good anti-crime laws.

To reform society, it is essential to reform the ‘spheres influencing society’ first. Only when we change, can we progress and only when we progress, can we be good.

If there can be a child prodigy, there can also be a child criminal. After all, each coin has two sides, doesn’t it?

Leave in your feedback in the comments below. Thank you very much